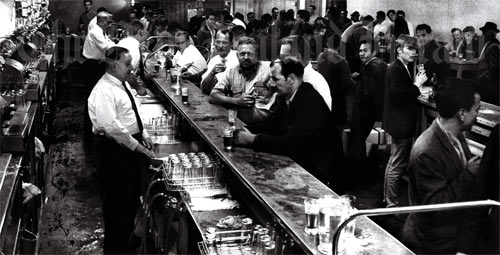 Before the introduction of ten o’clock closing in October 1967, New Zealand pubs were characterised by scenes such as this. An exclusively male group drink up frantically while the bartenders fill jugs of beer. In subsequent years drinking became more genteel, with women as well as men enjoying rather more comfortable surroundings.