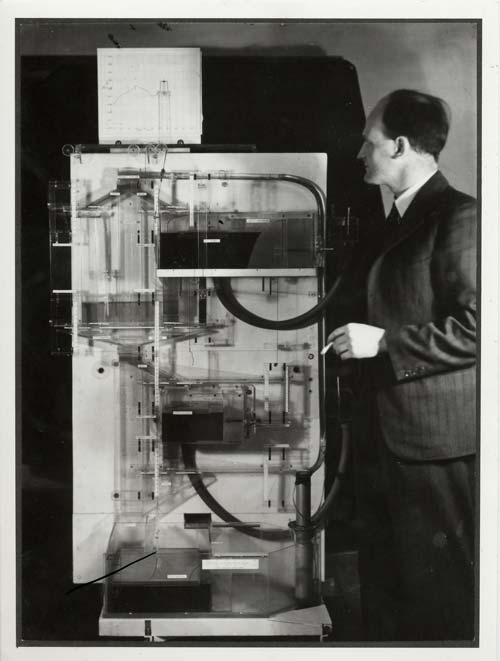 Bill Phillips was the son of a dairy farmer. In the Second World War he was in a Japanese prisoner of war camp where he built and operated a secret radio. After the war he studied at the London School of Economics. In 1949 he built a machine (the MONIAC) of clear plastic with coloured water flowing through it to model the working of the British economy. A paper he published in 1958, which showed a link between inflation and unemployment, became one of the world’s most widely-cited articles in economics. It led to a statistical curve being named after him, the Phillips Curve.