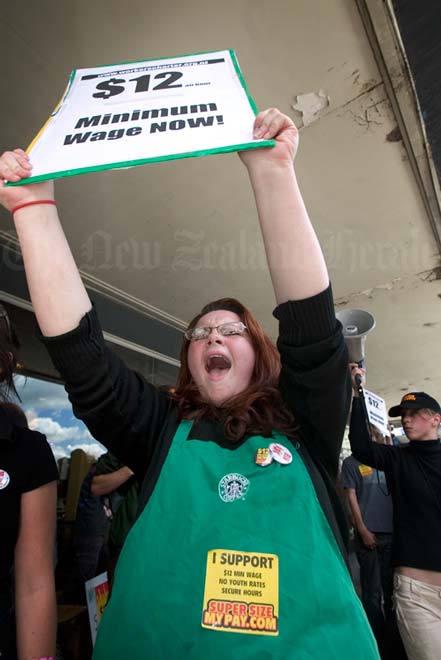 Zoe Connor, an Auckland Starbucks worker, joins the world’s first-ever strike against the multinational café chain in 2005. Ten branches of Starbucks went on strike to call for a minimum wage of $12 an hour. They won increased wages and improved conditions, and three years later $12 an hour became the nationwide minimum wage for all workers. From April 2021 the adult minimum wage was $20 an hour.