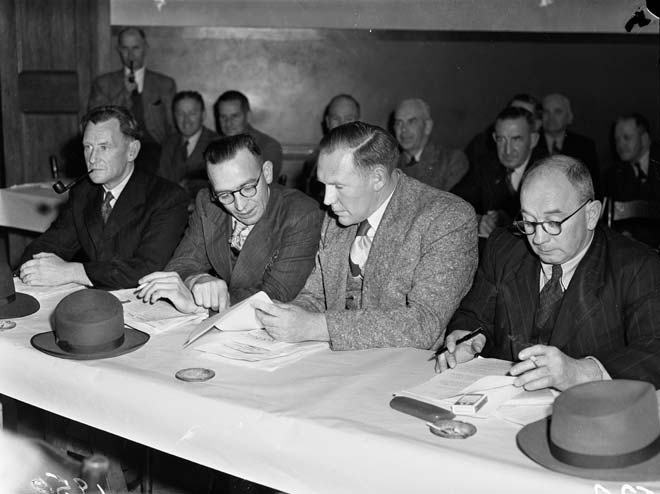 Toby Hill and Jock Barnes (second and third from left) were leading officials in the powerful Waterside Workers’ Union, which argued for more militant action by the union movement to oppose the conservative government. The Federation of Labour refused to support the wharfies, and at this 1950 meeting of the federation, Barnes and Hill led a walkout of militant unions. They set up a rival organisation, the Trade Union Congress, to directly challenge the government.