The new leader of the Labour Party 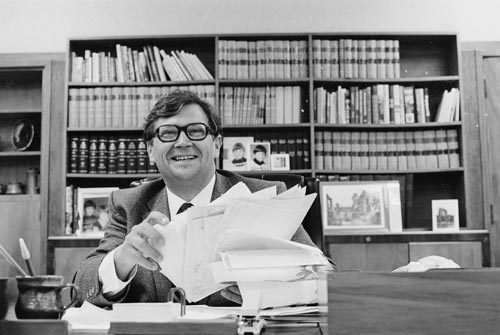 In 1983 David Lange supplanted Bill Rowling as leader of the Labour Party. He and fellow MPs Roger Douglas, Michael Bassett, Richard Prebble and Mike Moore had unsuccessfully attempted to overthrow Rowling in 1980. Lange’s second tilt at the leadership followed stomach-stapling surgery and an appearance makeover, involving a new hairstyle and glasses, and smart suits.