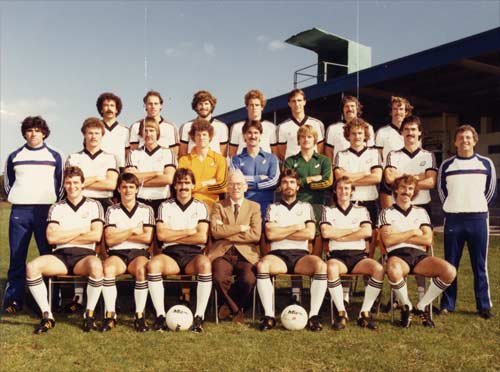 Association football (soccer) was another English import. The game’s code benefited greatly from the post-war immigration of English, who were heavily involved in its spread during the second half of the 20th century. New Zealand football’s first great days came with their participation in the 1982 World Cup finals tournament. Many of the players and both of the coaches were English. This is the team before the first qualifying game in April 1981.