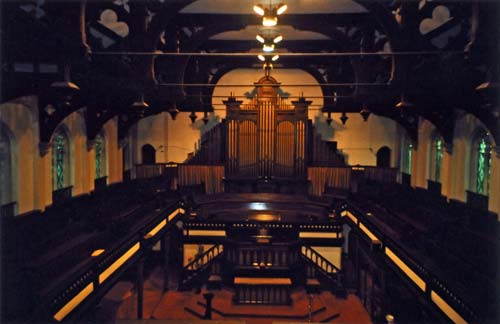 Methodism was comparatively strong in New Zealand, partly because of the high recruitment of immigrants from the Methodist communities in Cornwall and the Midlands. In Christchurch the first Methodist church opened in 1854, and ten years later the Durham Street Church opened. Its interior, laid out like a large preaching hall with a gallery from which people can see and hear the preacher, reflected the Methodist emphasis on the sermon. The church collapsed in the February 2011 earthquake.