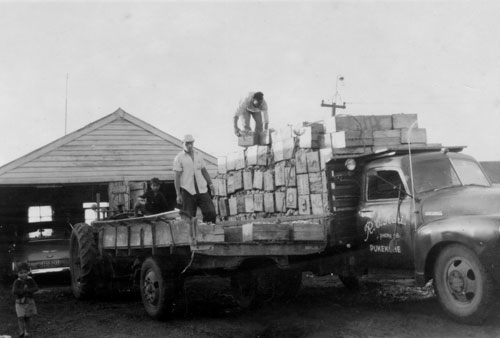 Indian men arrived in Pukekohe around 1911, and initially worked as labourers for European market gardeners. Their numbers increased after the end of the First World War, and some began to lease land and grow vegetables for sale. They were subjected to intense discrimination from European growers during the 1920s, and this persisted well into the 1950s. Ravji Hari established his market garden during the 1940s.