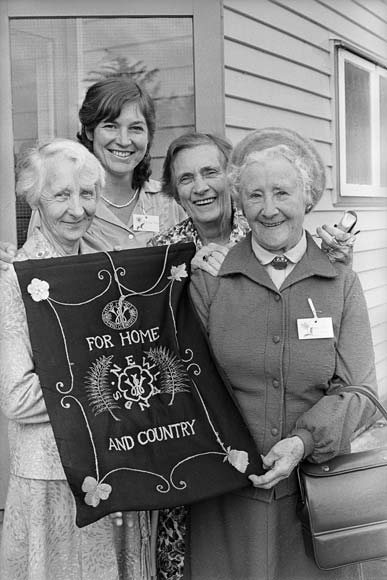 Members of the Newlands Country Women’s Institute display the original banner made by some of the first members. The occasion was the 50th anniversary of the founding of the branch in 1934. By 1984 when the anniversary took place Newlands was a suburb of Wellington, but in the 1930s it was a main street with only a few houses. Most of the women would walk in to their meetings off farms in the surrounding hills, with some driving farm lorries. The women’s institutes provided important social occasions for rural women during these years. Their activities tended to focus on the domestic skills of farm wives.