Children welcome the Prince of Wales 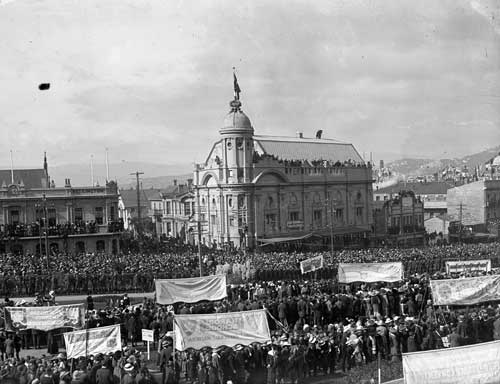 Despite the independent nationalism encouraged by the First World War, during the 1920s New Zealanders remained very proud of their British heritage. Thousands of schoolchildren filled the grounds of Parliament to greet the Prince of Wales during his visit in 1920. There were even people on the roof of the Artcraft Theatre on Molesworth Street.

Jock Phillips, 'The New Zealanders - ‘Where Britain goes, we go’', Te Ara - the Encyclopedia of New Zealand, http://www.TeAra.govt.nz/en/photograph/1967/children-welcome-the-prince-of-wales (accessed 23 May 2022)