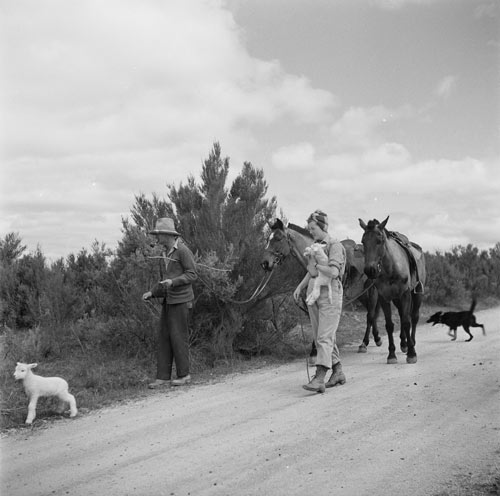 Drovers usually drove ‘dry’ stock – sheep and cattle without young, or those that were not heavily pregnant. These lambs, at Mangaorapa, Hawke’s Bay, have lost their mothers and been left behind as the mob moved on. This photo was taken in 1943, during the Second World War, and the young woman holding the lambs is a land girl. Land girls were employed to relieve the labour shortage on farms caused by men enlisting in the army.

One more river to cross