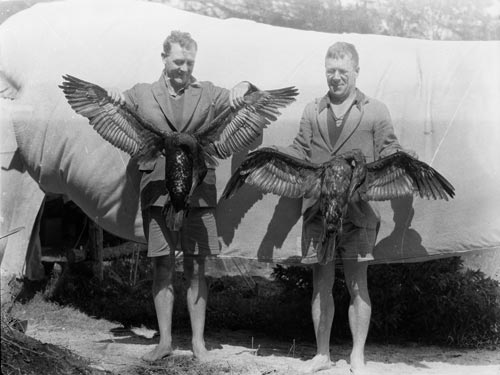 Taranaki photographer Robert Wells (right) and another man pose with black shags shot at Lake Rotoehu around 1940. For many decades acclimatisation societies and fishermen believed that trout populations were severely affected by predators such as shags, which they considered ‘vermin’. Societies paid bounties for dead birds and conducted raids on rookeries during the breeding season.

Pheasants on a game farm