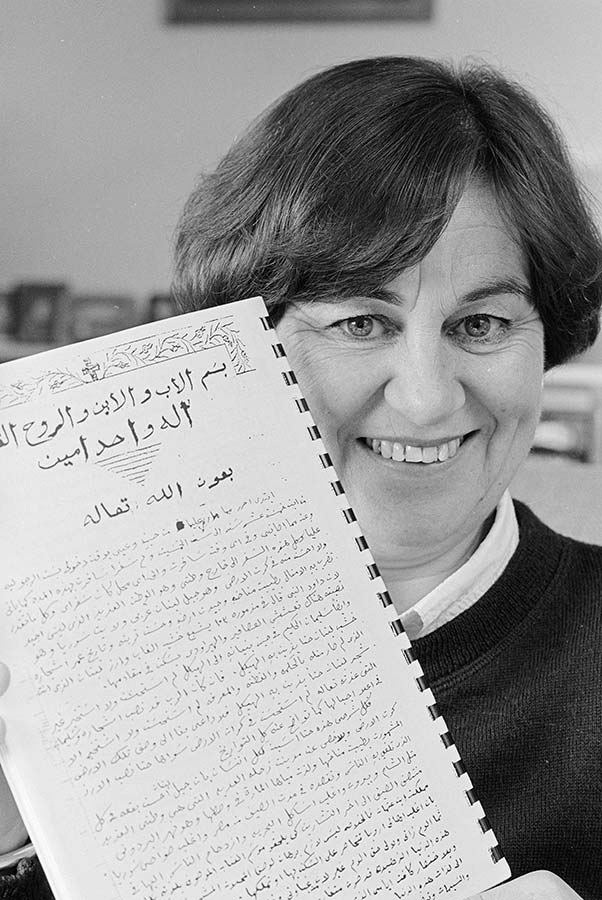 In the late 19th century George Bouzaid set off from Lebanon for America – only to end up in Australia. From there he moved to Wellington in 1892, and settled his family. After establishing a drapery on Lambton Quay the family moved in 1909 to Greytown, where George died in 1933. In the 1970s his great-granddaughter Maureen Brider (pictured) found a bound ledger inscribed in Arabic in the family’s Greytown house. It proved to be her great-grandfather’s diary. It was not until the early 1990s that the diary, which tells of George’s travels, was translated.