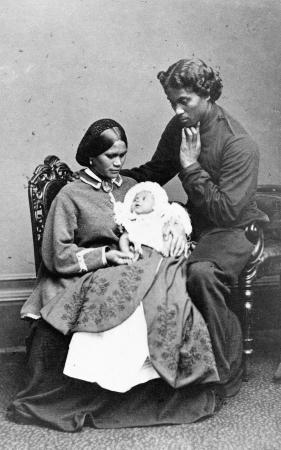 Hāre Pōmare and Hariata Pōmare were in a party of Māori who visited England in 1863 at the instigation of William Jenkins, a Wesleyan lay preacher. While there Hariata gave birth to a son, who became the godchild of Queen Victoria and was named Albert Victor after the Prince Consort.