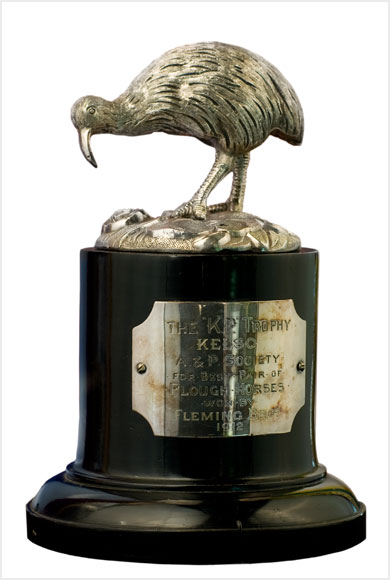 Until mechanised tractors became widespread from the 1920s, competitions for draught horses were a major feature of shows. This trophy was awarded to the Fleming brothers in 1912 for the best pair of plough horses at the Kelso show (now the West Otago show). The trophy was called the K. P. Cup after Kempthorne, Prosser, a fertiliser company which probably donated the cup.