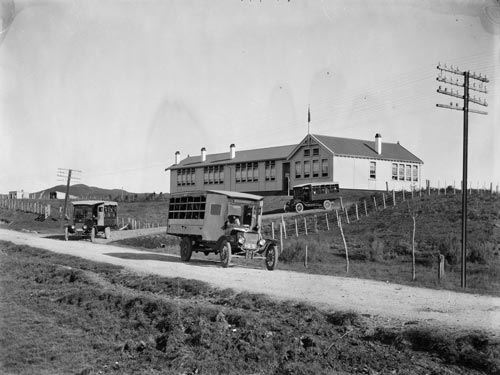 In the early 1920s it was decided to reduce the large number of country schools by setting up larger, central schools (known as consolidated schools) in some areas. A bus service, funded by the Department of Education, brought children to and from school. These buses are leaving Piopio District School, Waikato, at the end of the day. This was the first consolidated school, set up in 1924.