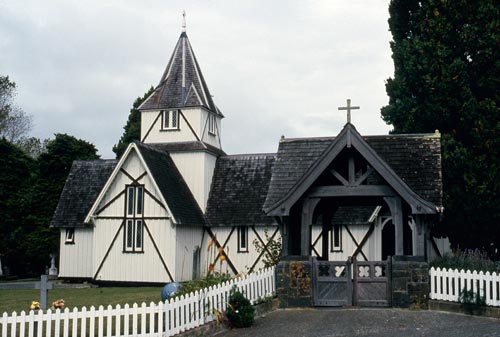 Built in 1847, this is Auckland’s oldest church. It was designed by Frederick Thatcher to a cruciform plan and prefabricated at St Johns College, Tāmaki. It was then shipped to the site and assembled. The church’s nave was extended in 1862, but there have been few changes since then. In 1930 a lych gate was built – a memorial to those who served in the 1860s New Zealand wars.