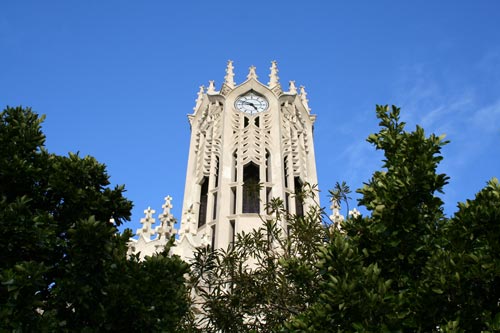 The clock tower of the old arts and commerce building at the University of Auckland was built in the mid-1920s to mark the success of a campaign to keep the university in the central city. For decades it was a landmark, but it has now been dwarfed by other university and central-city buildings. It remains a centrepiece of the campus.