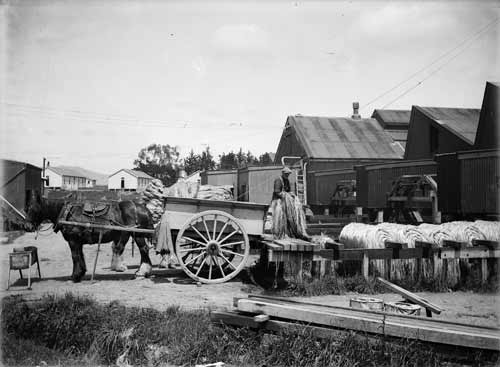 Flax, a fibre used by Māori for making clothing, baskets, fishing lines, nets and ropes, grew abundantly in the Manawatū region. European settlers also prized flax fibre, which could be exported for use in rope and textile manufacture. Numerous mills were established in the Manawatū during the late 19th and early 20th centuries, including this one at Makerua (now known as Ōpiki). Opened in 1907, the mill had seven flax stripping machines and was said to be the largest such factory in the southern hemisphere. Flax milling was one of the industries in which Rangitāne people worked.