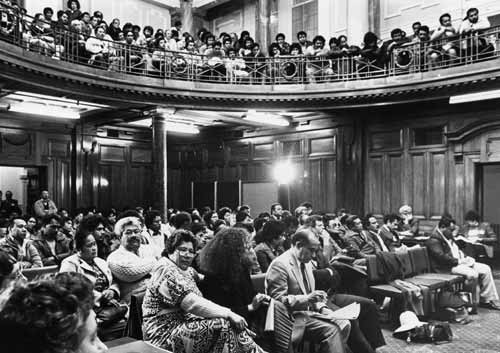 In 1982 more than 200 Samoans gathered to listen to the House of Representatives debate the Citizenship (Western Samoa) Bill. Samoans, like Tongans and Fijians, could not enter New Zealand freely at that time. When demand for their labour was high, many Samoans had remained in New Zealand after their temporary visas had expired. In a landmark legal case, the Privy Council ruled that most Western Samoans had the right to live in New Zealand. The New Zealand government, anxious to control Samoan immigration, negotiated a compromise with Western Samoa. Samoans already in New Zealand were allowed to remain, but future immigrants would be subject to similar restrictions and quotas to those applied to Tongans and Fijians.