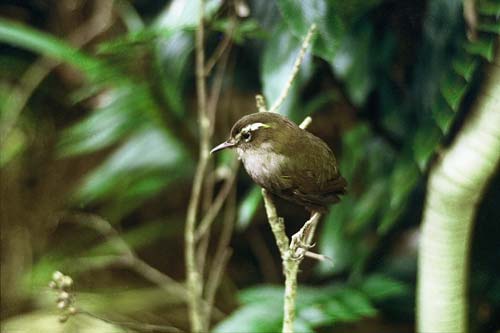 The number of bush wrens (Xenicus longipes) declined on the mainland of New Zealand during the 19th century because of predation by rats, and there were few sightings in the 20th century. The last population, on Big South Cape Island, was decimated by rats. Although six birds were transferred to a nearby rat-free island in 1964, they did not survive and the species was extinct by 1972.

Is there a graph on the web