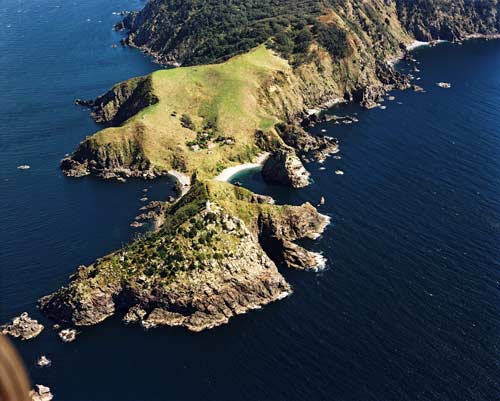 Scientist Georges Cuvier is commemorated in the name of this small (170 hectares) island off the Coromandel coast. Although Cuvier is remembered as the scientist who introduced the concept of extinction, the island is an example of a habitat where animals have been rescued from the brink of extinction.

Cuvier Island originally had a large population of native birds, but many were killed by introduced predators. Eradication of goats (1961), cats (1970) and rats (1993) has allowed the return of bird species, including saddlebacks and red-crowned parakeets. The last tuatara (native reptiles), rescued from the island before they could be exterminated by rats, are breeding in captivity. When their numbers are high enough they will be reintroduced to the island.