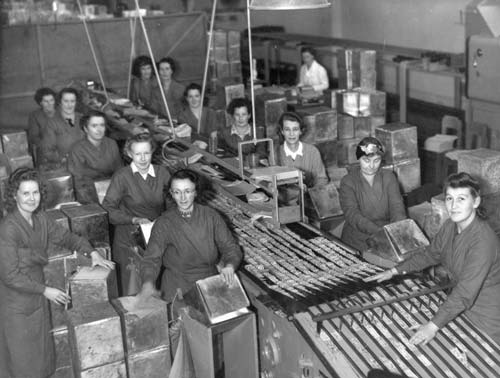 During the 1920s and 1930s the Hutt Valley became more industrialised. The Griffin’s biscuit factory was among the many enterprises to set up in the area. These women are packing water crackers during the Second World War, when thousands of women were ‘manpowered’ into industries to aid the war effort. After the war many kept working in such factories.