Searching for a missing aircraft 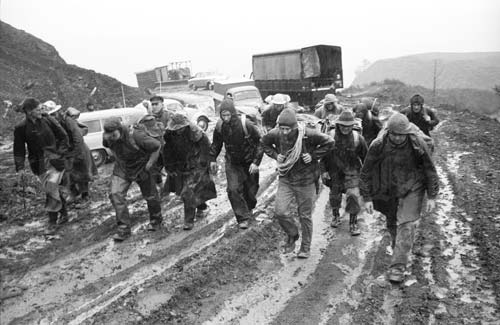 A search party sets out to look for a DC3 aircraft which crashed in the Kaimai Range while en route from Auckland to Tauranga in 1963. It was found in rugged country after two days, but all 23 people on board were dead. As a signatory to the Chicago Convention on International Civil Aviation, New Zealand by then had a national Search and Rescue Committee responsible for searches for missing aircraft. The committee, with representatives from Federated Mountain Clubs, the police, Amateur Radio Emergency Corps and government departments, also had responsibility for other types of search and rescue missions.