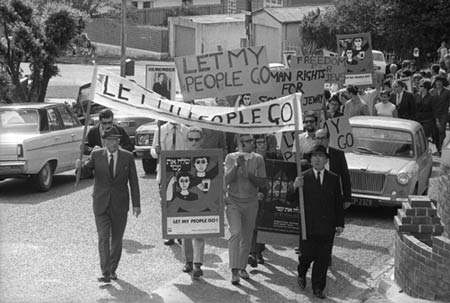 Many New Zealand Jews (whose families may have come to escape persecution and discrimination) have long been actively concerned about the fate of Jews in other countries. In the 1960s and 1970s anti-Semitism in the former Soviet Union led to restrictions on Soviet Jews emigrating to Israel. In 1970, members of the Jewish community in Wellington marched on the Soviet embassy to demand that the human rights of Jews be respected.