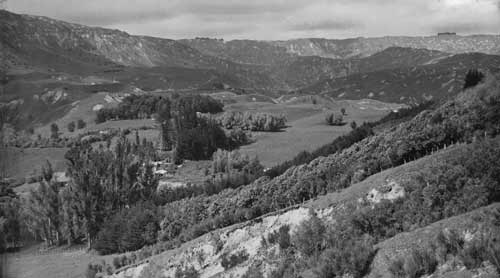 The Hanger is an area of regenerating forest at Tūtira Station, Hawke’s Bay, on a slope behind the homestead. The course of plant succession has been studied in the area since 1893. In 1939 the site was covered in mānuka, which had become established alongside bracken.

Download Herbert Guthrie-Smith’s account of the development of the Hanger from his book Tutira: the story of a New Zealand sheep station (PDF, 117 KB).