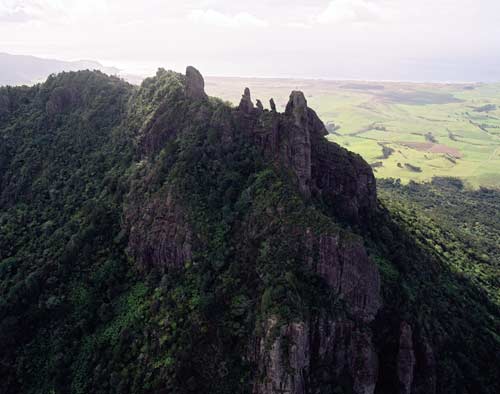 The jagged peaks on Manaia mountain, at Whangārei Heads, are explained in a tribal tradition. Manaia, an ancestor, was returning from a fishing trip and called to his wife to swim to him. When she did, he realised that she had slept with his servant Paeko. He began battling Paeko with incantations. Because of the two men’s power, they became frozen as peaks on the mountain, along with Manaia’s wife and their children. This is one of many traditions that metaphorically unite the human body and the natural world.