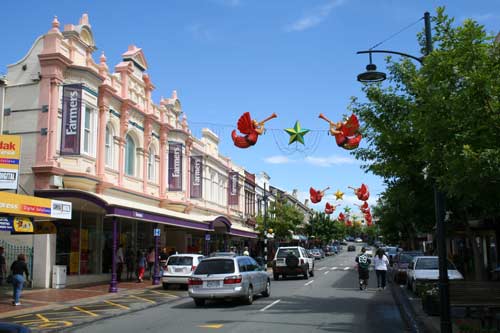 At the turn of the 20th century Timaru experienced rapid growth, as the port expanded and the hinterland was settled. The town’s wealth and progress was reflected in its main street (Stafford Street), where many old wooden buildings were replaced with modern masonry structures. Slower growth since then has ensured that many of these buildings remain. Stafford Street has one of the best collections of late 19th- and early 20th-century buildings in the country, which attract heritage enthusiasts and cultural tourists.