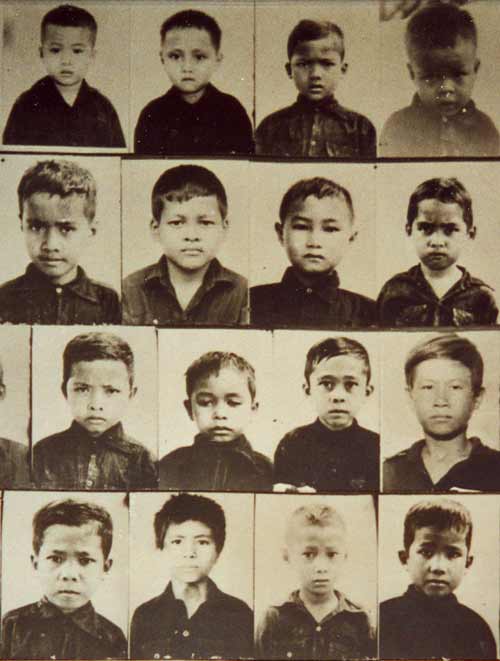 These children did not escape the atrocities that forced many Cambodians to flee their country – they were executed at Tuol Sleng, a former Khmer Rouge prison in Phnom Penh. An estimated 1.7 million people were killed under the Communist Khmer Rouge's rule, including old men, young women and infants. Many of the Cambodian refugees who arrived in New Zealand lost family members, and were forced to flee across borders to escape being murdered.