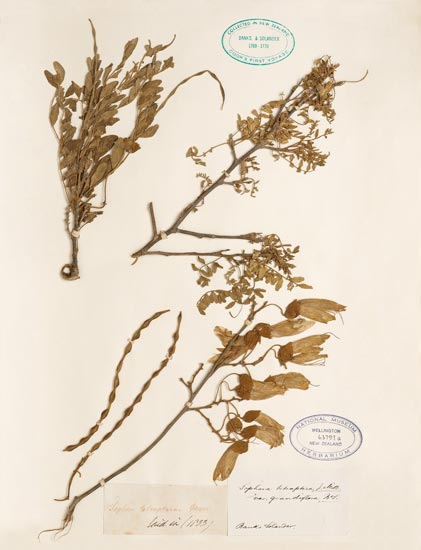 These dried flowers, seeds and leaves of the kōwhai tree were collected by Joseph Banks and Daniel Solander, naturalists on James Cook’s first voyage to New Zealand (1768–71). Finding and describing new species was easy, as so many were endemic (unique to New Zealand). Banks and Solander are commemorated in scientific names for many plant species. The largely Australian plant genus Banksia is also named after Joseph Banks.