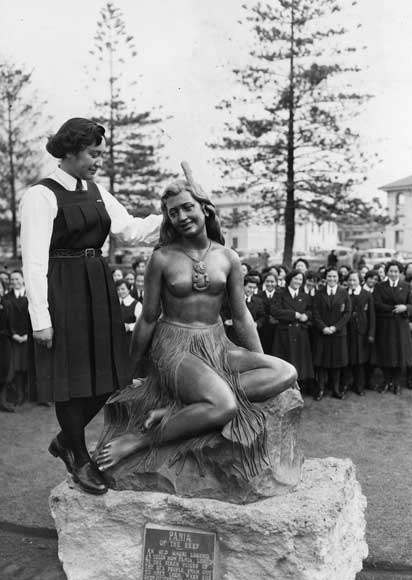 May (Mei) Robin stands on Marine Parade, Napier, beside the bronze statue known as Pānia of the Reef. Pānia was a sea maiden who married a local chief and had a son named Moremore. Moremore later became a guardian taniwha, taking the form of a shark. May was the model for the statue’s head, while the tiki decoration Pānia is wearing was based on a piece owned by May’s family. The statue was commissioned by a local association, the Thirty Thousand Club, after hearing the legend of Pānia from Bishop Frederick Augustus Bennett.