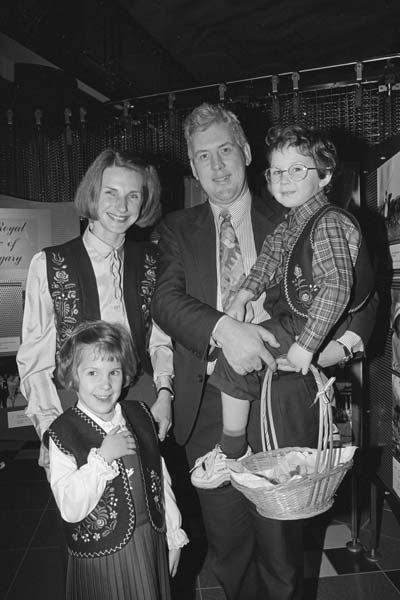 By the late 20th century there were some Hungarians in most of New Zealand’s cities and larger towns. In 1993 the Wellington Public Library mounted an exhibition of photographs of a visit Queen Elizabeth II had just made to Hungary, her first official visit to a former Warsaw Pact country. One family, Klára and Paul Hellyer and their children Zsófi and Gábor, donned national costume to view the exhibition.