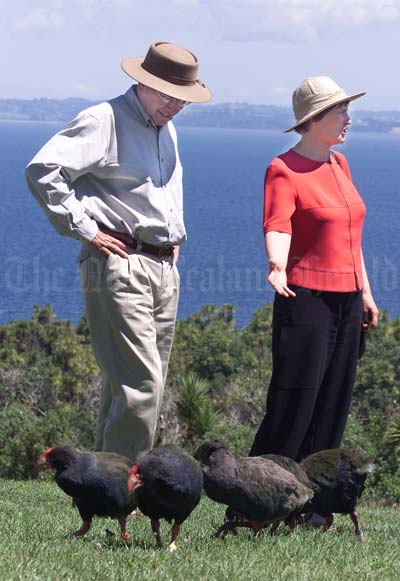 Pictured in February 2000, Australian prime minister John Howard and New Zealand prime minister Helen Clark admire some takahē (Porphyrio hochstetteri) on Tiritiri Matangi Island near Auckland. Wild takahē populations are confined to the mountains on the western shores of Lake Te Anau. They have been introduced to Kāpiti, Maud and Tiritiri Matangi islands, where they are breeding. The birds were once widespread throughout New Zealand, but were thought to be extinct until rediscovered in 1948 in Fiordland.