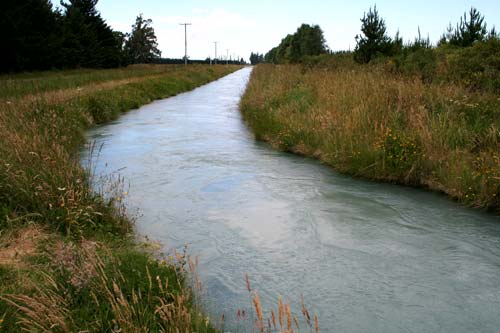 Irrigation of the Canterbury Plains was essential to the success of mixed farming. Large-scale irrigation began in 1945 with a diversion race from the Rangitātā River to the Rakaia. By 2002 there were 188,170 hectares of irrigated land in the region. Ten years later the area under irrigation had more than doubled, to 385,271 hectares. This channel is at Mayfield, north-west of Ashburton.