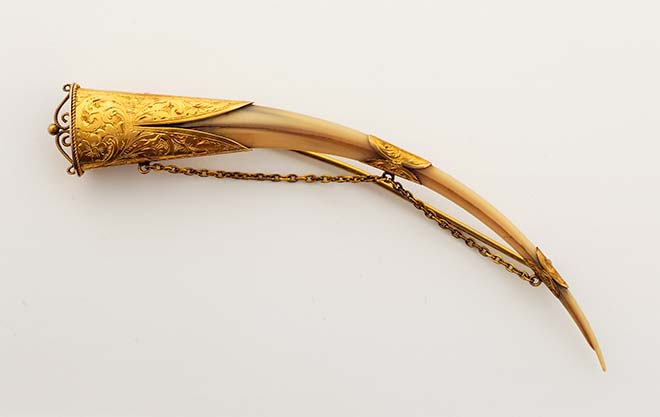 Made around 1900 from the beak of a female huia, this brooch is a reminder of the tragic loss of huia and other birds taken by collectors. As they became rarer, their value increased. Huia were last known alive in the early 1900s. A few groups were trying to rescue vulnerable species then, but concerted efforts to rescue near-extinct species did not gain momentum until the 1960s.