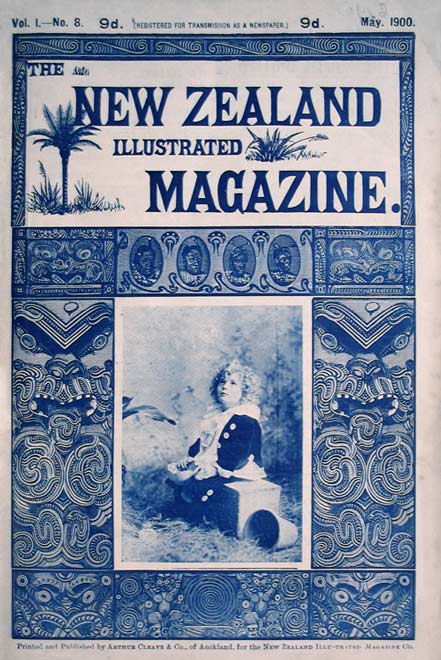 In October 1899 the first issue of the New Zealand Illustrated Magazine appeared. It was a self-consciously nationalist publication and attracted a range of young writers, poets and members of the Polynesian Society. Those who contributed included the poets Jessie Mackay and Arthur Adams, the novelist Edith Grossman, the journalist James Cowan, the ethnologists Elsdon Best and Johannes Andersen and the eccentric scientist Alexander Bickerton. For a short time it seemed the magazine might become an important forum for intellectual debate. However, by 1905 the original editor, Thomas Cottle, had resigned and the magazine ceased publication soon after. This is the cover of the May 1900 issue.