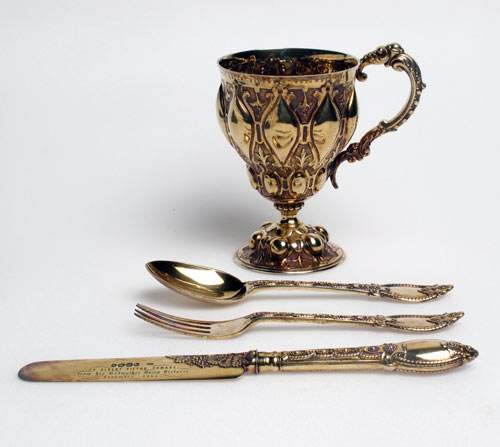 Contact between Māori and the monarch was not always denied. Hariata Pōmare (who was pregnant) and her husband Hare were stranded in England when they were befriended by Queen Victoria. She paid for their food, lodging, and clothing, and became godmother to their son, who was named Albert Victor after Victoria and her husband Albert. The cup and cutlery shown were a christening gift. After the baby's birth and a second meeting with the queen, the family were provided with tickets home, travelling first class on the Statesman. The christening gift was later deposited in the Auckland War Memorial Museum by Archibishop Averill.