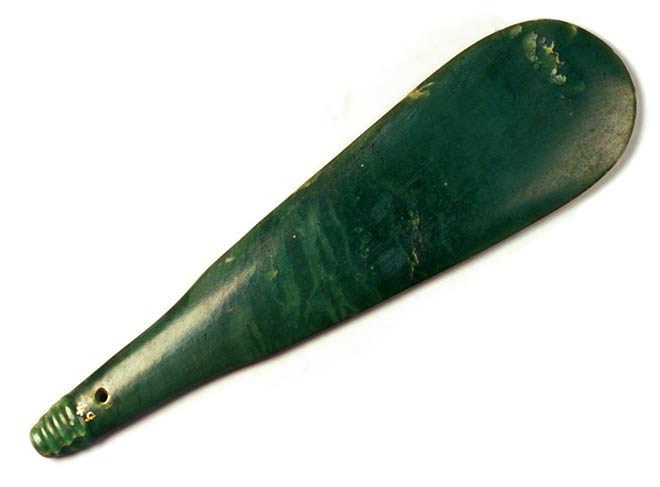 This mere pounamu (greenstone club) is known as Hine-nui-o-te-pāua. Te Ngare, the daughter of a Kawerau chief, Kahikatearoa, was married to a Ngāti Pāoa chief to seal peace. As part of the marriage, Ngāti Pāoa gifted the mere to her. Due to an insult Te Ngare left Ngāti Pāoa and returned the mere. Later the tribe gave it to the governor to illustrate their desire for peace.