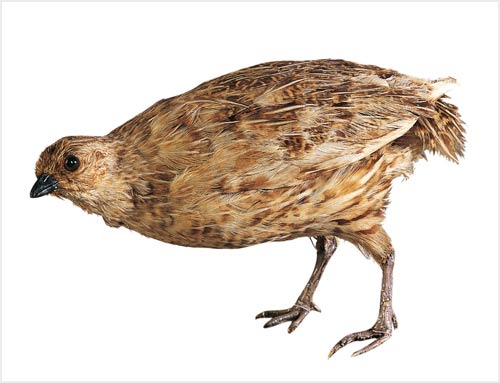 The koreke or New Zealand quail (Coturnix novaezelandiae) was the only quail endemic to New Zealand. Extinct by around 1875, little is known about them and few specimens were collected. They were hunted for food, and the lowland tussock lands where they lived were burnt off. It is likely they were preyed on by cats and Norway rats, but their rapid extinction may have been due to a disease introduced by imported game birds. The extinction of many New Zealand bird species is due to the arrival of mammalian predators, for which many birds had evolved no defences.