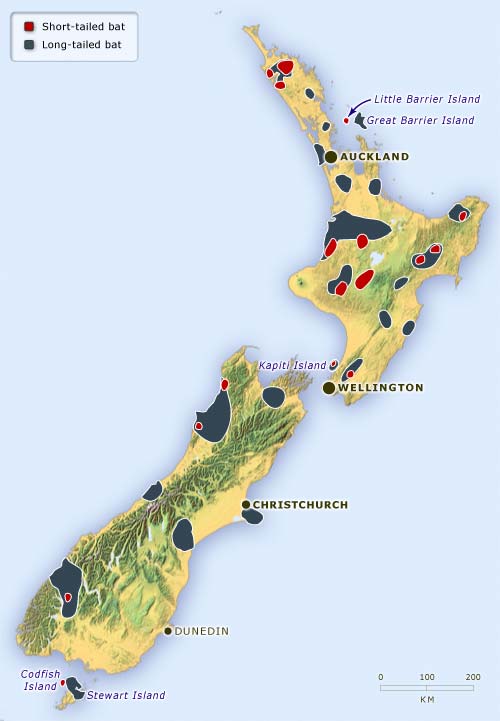 Once found throughout forested areas of New Zealand, both species of bat became severely restricted in range during the 20th century as forests were felled, and bat colonies were attacked by introduced predators (rats, stoats, cats). The short-tailed species is threatened with extinction, and survives only in small isolated stands of old native forest.