Story: Human effects on the environment 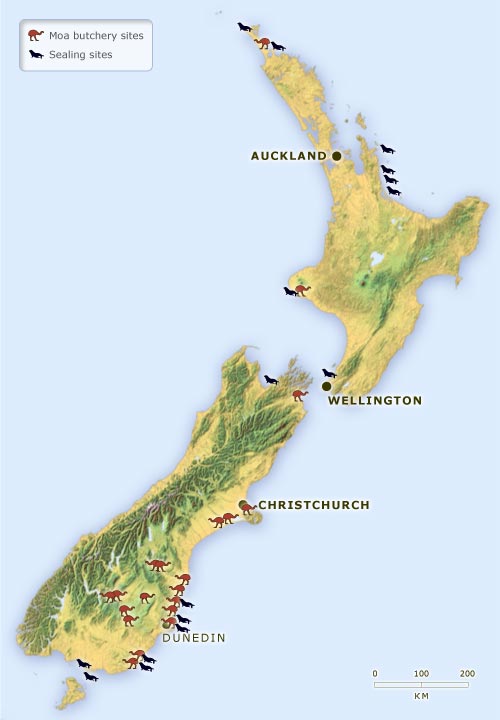 This map shows archaeological sites where moa or seal bones have been found. It is unlikely that either moa or seal meat was carried far, so these give an indication of the places where moa and seals were killed.

The sealing sites have been split into three groups, according to age (determined by radiocarbon dating). Seven hundred years ago seals were found around the North Island, but by 400 years ago they had become extinct in the area. By the early 19th century they were only found south of Dunedin.