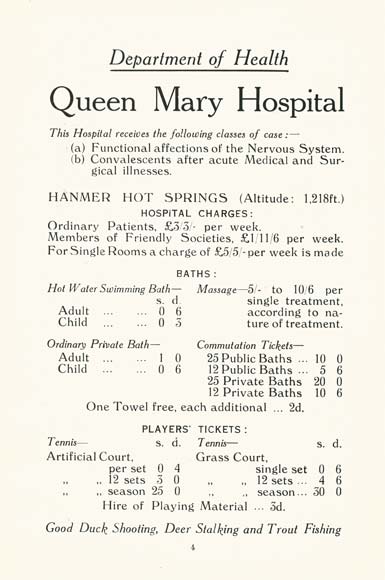 A services hospital built at Hanmer during the First World War became Queen Mary Hospital, which from 1921 was run by the Health Department. In the 1920s and 1930s the hospital catered for convalescents and people suffering from nervous complaints. Bathing in thermal pools seems to have been an accepted treatment, as this advertisement suggests, along with healthy outdoor pursuits such as hunting and fishing.