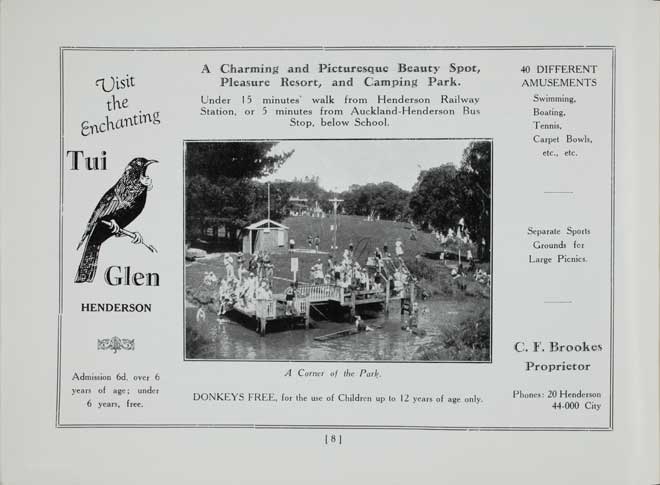 Tui Glen in Henderson, West Auckland, is thought to be the oldest registered camping ground in New Zealand. It was opened by Claude Brookes in 1924, and originally only catered for those arriving in private motor cars or on motorcyles. By 1933, when this advertisement appeared, the camp also welcomed pedestrians and cyclists. It offered donkey rides, boat and canoe hire, and huts adapted from ships' cabins. In 2002 the Waitakere City Council closed the site after public concern over long-term occupants. Several of its historic buildings were later restored and reopened.

I have found a nice photo

I have found a nice photo taken of my brother and I fishing on the wharf in Tui Glen Camp 1951.We had arrived from post-war Europe to find this lovely haven while father was looking for work....Sad to think that it has closed, whatever was the Council thinking of...