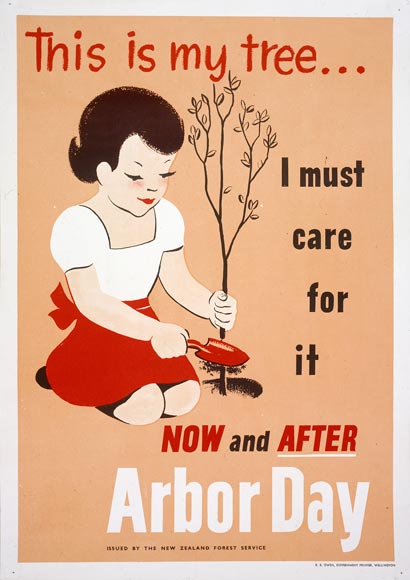 This 1950s poster promoting Arbor Day was produced by the New Zealand Forest Service. Arbor Day was never a general public holiday in New Zealand, but between 1892 and 1914 government departments, service organisations and schools observed it, usually in July or August, taking a day off to plant trees – mostly exotic species. Arbor Day was revived in 1934. From 1977 it was celebrated on 5 June, and the emphasis was on planting New Zealand native trees.

Courtesy of Ministry for Primary Industries