Department of Health poster about abortion 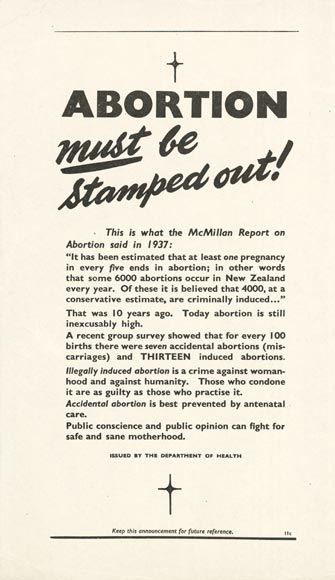 The concern with abortion that had flared up in the 1920s and 1930s, although much reduced, was still present in the 1940s. This poster, produced by the Department of Health in 1947, was one attempt to reduce the rate of abortion.