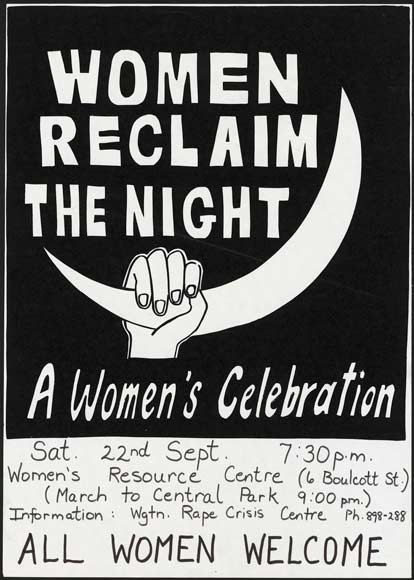 'Reclaim the night' marches, held at night and moving through entertainment districts or areas women avoided out of fear, were first held in New Zealand in the 1970s. This poster advertises a 1979 march in Wellington, where marches were organised after a number of women were raped in the suburb of Mt Victoria. The marches continued to take place in the 2000s, sometimes combined with a fund-raising party afterward.