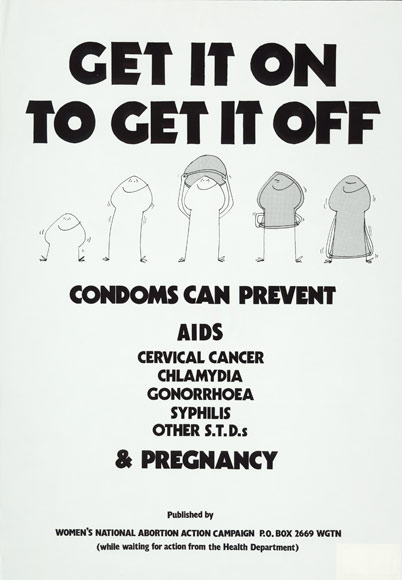 Publications that aimed to prevent sexually transmitted diseases became far more explicit in the later 20th century. This one, produced by the Women’s National Abortion Action Campaign in the mid-1980s, features a cartoon penis pulling on a condom. It points out that condoms can prevent pregnancy and a number of diseases, including AIDS. The last line – ‘while waiting for action from the Health Department’ – refers to the slow official response to the new disease.