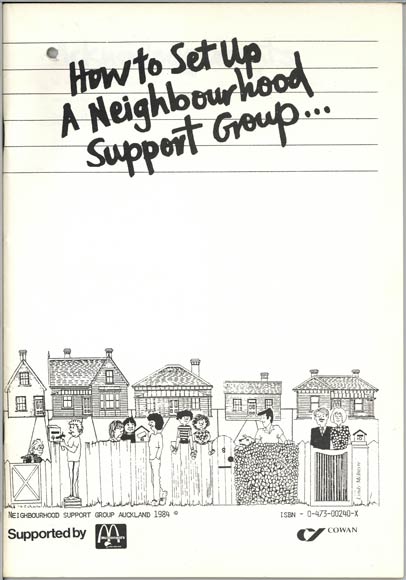 This is the cover of a booklet describing how to set up a Neighbourhood Support Group. Neighbourhood Support was established after a vicious attack on a woman in Auckland in 1983. Like its predecessor, Neighbourhood Watch, which aimed to prevent burglaries, it encouraged people in local communities to band together as a way of combatting all types of crime. Its aim was to stop people becoming victims of crime.