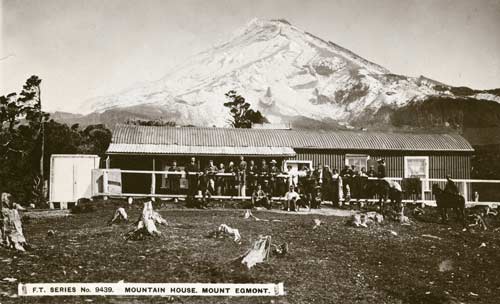 In 1893 Mt Egmont (Mt Taranaki) became New Zealand’s second national park. It became popular to walk up the mountain and along its new tracks. By 1896, hikers could stay at the Mountain House. This was extended in 1898 to eight rooms, and with extra bunks could accommodate 50 people. The original house, shown here some time after 1900, burned down in 1911.