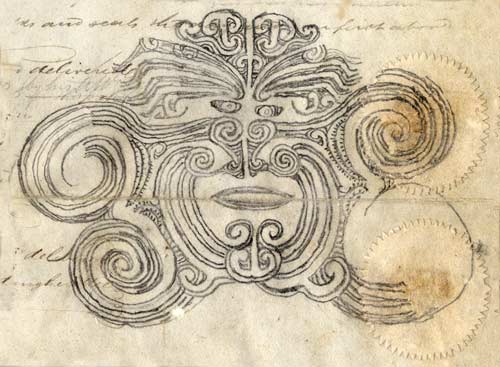 By the early 1830s an alliance of Tainui and Taranaki tribes, led by Te Rauparaha, had conquered the northern part of the South Island. They were responding to attacks from South Island relatives of people who had lost lands in the Wellington region when Te Rauparaha invaded in the 1820s. This image of Te Rauparaha’s facial moko (tattoo) was on the deed of sale with which a whaler, Captain John Blenkinsopp, tried to defraud the Ngāti Toa chief of his Wairau lands in 1832.